+120134
Clash of Clans – an interesting online strategy in which you will have to create your own settlement. As well as conduct numerous battles with neighbors, while most of the settlements that surround you belong to real players, so that after an attack on their settlement, you may well wait for the return visit of the enemies.

Like most of these games, this development can not boast of any really clear plot, but here you can immediately add that it is not particularly necessary, the game just does not need a plot here everything is tied to colorful battles.

When you start playing, you will first get a starting settlement that does not have any protection, and there are few structures in it. Your first task is to form your own army, which you need not only to attack neighboring settlements, but also for defense. Also, do not forget to take care of the construction of various protective structures that will increase the defense capacity of your settlement by an order of magnitude. And most importantly, never forget to go somewhere to fight, always leave a solid detachment to protect your settlement, because the enemies can descend at any time, and if at this moment the settlement will not have your garrison, the enemies will plunder it and take away your valuable resources. The settlement needs to be pumped to the maximum, because thanks to this you will be able to get not only much more useful resources, but also to hire elite troops that are much more useful for the battle. Try to hire them in the first place, even if they are much more expensive than ordinary fighters, but they surpass them by a head, and can easily deal with any enemy rite. Agree all of the above is enough to understand Clash of Clans not only possible, but also necessary. You also have the opportunity to create a clan by teaming up with other players, so you will become stronger, and will be able to more effectively conduct a defensive war.

Features of Clash of Clans

The game can please really colorful graphics, it is well designed and the fighters and the world around them look very nice. Sound effects are also mostly pleasant, so they can not cause such a strong delight, but they do not irritate. In battles, you can rely not only on infantry, but also on artillery, which is perfect just to destroy enemy fortifications. And the use of more competent tactics will allow you to win a decisive victory even over opponents who outnumber you several times. 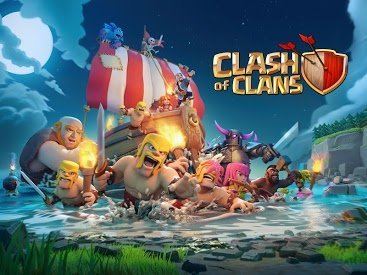 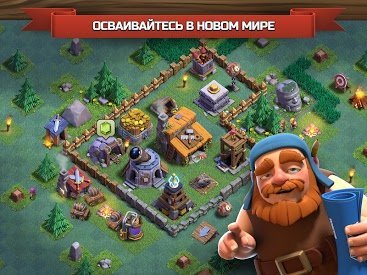 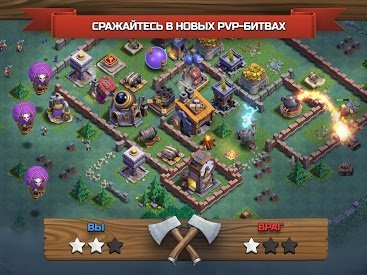 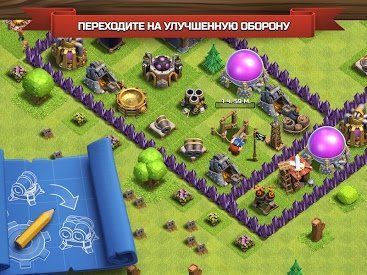 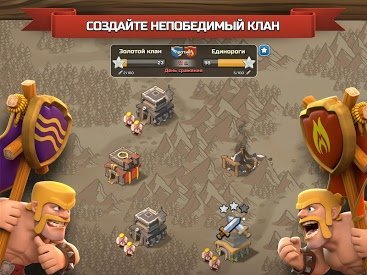