+713787
Almost all owners of Android-based mobile devices use Google Play Market to search and install apps. At the same time, there are actually a huge number of markets that offer the same functionality to their users. And some of them are even bigger than Google Play itself. One of them is an app called Aptoide.

This is, in fact, the same storage of games and applications, but it is somewhat different from the usual Play Store. First of all, you will notice minor differences in navigation, which you can easily get used to. In addition, here you can safely install on your phone almost any official paid game completely without attachments.

Another difference is the availability of all versions of this game and the ability to download any of them. Simply put, when you choose a game you like, the entire list of previously existing versions drops out at the bottom. You can easily select one of them and install it on your device. Everything that is uploaded to this app is checked for security, so you can not be afraid to catch a virus on your phone when downloading.

Aptoide is a great alternative to the popular play store with some of its own features. 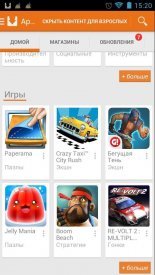 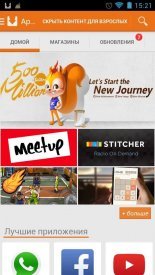 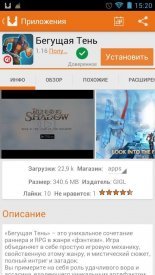