+24052825
WildCraft: Animal Sim Online 3D – a game in which you can try on the skin of an animal and try to survive in a huge wild world. You will have to look for food for your animal, fight with opponents, which will be really a lot, and most importantly, if you want, you can have offspring.

As in many simulators, there is no plot, at the start you will get under your control an animal, and then survive as you want, watching the surrounding wild world.

In the game you can feel like a real wild animal, at your service will be wolves, as well as lynx or Fox, the game for each animal is slightly different, because the set of available prey for each has its own. In addition, if the starting set of available animals is not so large, as you progress through the selection will grow somewhat. At the start of selecting an animal, you can make quite subtle settings by choosing a name or rather a nickname for your character. As well as setting up its appearance, the color of the wool and some external characteristics. It is also worth mentioning that there is not only a single-player, but also a multiplayer mode, for which it is worth WildCraft: Animal Sim Online 3D. You will be able to play together with your friends, huddling with them in a pack, and even output the total offspring. In addition, together you can more effectively defeat a common enemy and hunt, as in the real world on large animals is much easier. While some will distract the prey, the other hunter will be able to attack the enemy from the back.

First of all, you need to pay attention to the well-designed graphics, but it does not hold up to the computer, but against the background of mobile analogues, it is frankly pleasing. The world is very large, so it is only in order to explore it all, you will have to spend a lot of time. There is a high-quality Russian-language localization, which should facilitate the process of passing. In order to be able to look for a pair, you initially need to dial a certain level, at first you will not be able to do this. And in General, the number of possible entertainment will depend greatly on your level, even in order to find a pair of your animal will have to spend some time raising the levels in the process.

Pleases and realism, the animal needs to be fed and watered regularly if you do not have time to find prey, then, as in the real world, you will weaken from hunger or become a victim of another large predator. It is especially difficult to become with the appearance of small cubs because food has to be extracted twice as much, and they also need to be regularly kept in a safe shelter so that enemies can not get to them. 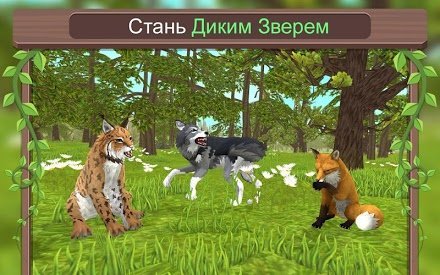 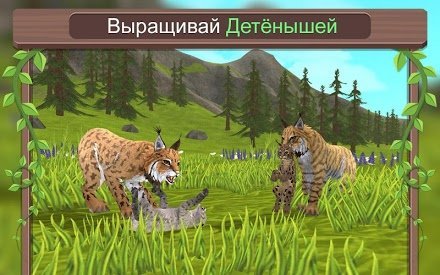 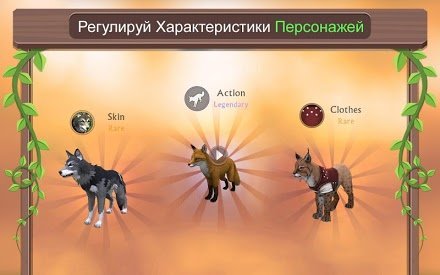 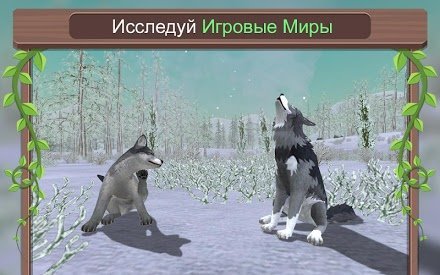 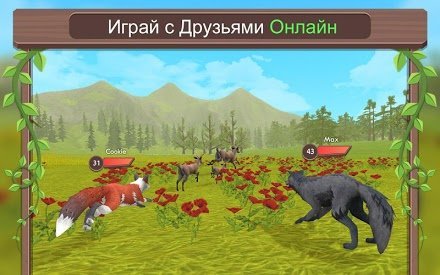