+95133
War Robots - a game for those who love the battle between military equipment, it is here that you can enjoy them enough. In the game there are bright fights between combat robots. The battles themselves look a bit fantastic, but at the same time it is quite attractive to admit.

Fights here take place between real players online, so you will not see a special story here. Starting the game, you will immediately plunge into a colorful confrontation with your opponents.

In the game you will get under your control a huge combat robot, you just need to add that the machines are very diverse, you can find anything to your liking. There are lighter, but faster robots, and there are slow, but well-armored vehicles that can withstand numerous attacks from the enemy. Just a solid set of weapons that you can equip robots to your liking, there are both missiles and all sorts of energy and even plasma weapons. Each weapon will have its own advantages and disadvantages, in addition to different models of robots, it will be better to approach a variety of weapons. As you can see all of the above is enough to War Robots, the game will not disappoint. Battles take place in the form of 6 on 6, in battle you must support your team, and at the same time try to destroy all other opponents. To do this, it is desirable to coordinate with other players. As a rule, fights take only ten minutes, so long protracted fights do not work here, try to deal with the enemy as quickly as possible, otherwise he will get to you first. Also, tactics strongly depend on the choice of the robot, and the type of weapons, so think through your strategy in advance. Otherwise, you will find yourself with a melee weapon mounted on a slow but armored robot, and then you will simply not be able to catch up with the enemy.

The game first of all pleases with its appearance, the graphics are detailed, so it can not leave you indifferent. The sounds and background music are high, they are unobtrusive, but pleasant. Also, the management is convenient, it can be seen that it is ideally created for mobile devices, everything was thought out carefully enough. But the game has, unfortunately, drawbacks, and it is quite significant, one of the key drawbacks, to pass you need a fast mobile Internet, without it it is impossible to play. Also in the game there is paid content, many interesting features, you can get only for money, but there is no advertising, which is quite good. 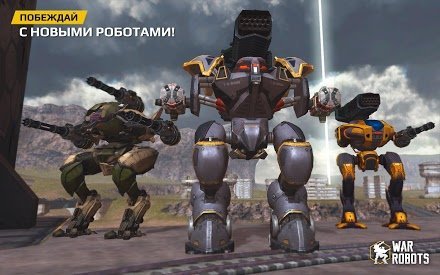 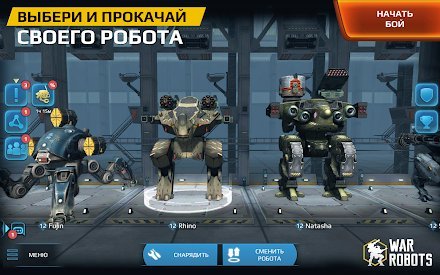 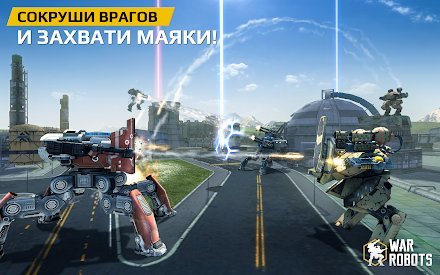 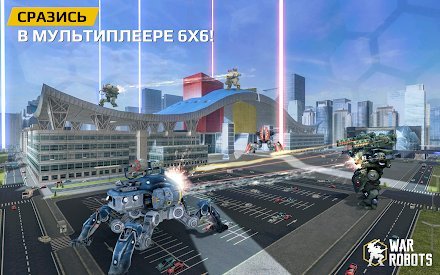 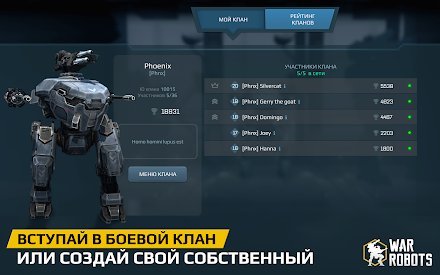