+12421636
Hungry Shark Evolution – you will have to play for a real shark that is always hungry, and will not refuse to eat at any opportunity. Moreover, you can choose the type of your shark at the start.

Like most of these simulators, the game can not boast a really solid plot, there are only some plot rudiments, at the start you will get under your control a small shark that needs to be fed regularly, so it will grow in levels, and will become more dangerous and deadly.

In the game you can explore the ocean floor, as well as devour any fish that only gets in your way. It is understood that initially you need to stay away from other large predators and other inhabitants of the ocean as far as possible, at First you have to raise the levels of your fish, and only when you become stronger than most of the surrounding predators, you can safely attack them. You will get access to most large sharks, there will be a white, hammerhead shark, and even a megaladon. Initially, the set of fish available to you will be quite modest, but that's what initially, as you go through, you will be able to unlock many types of these dangerous predators. In addition, you will have the opportunity not only to play against the computer, but also to participate in competitions with live players, this will also greatly give the game a variety. In General, as you can see Hungry Shark Evolution, it is quite possible the game has many advantages. In the game you will be able to face the same way and with the divers that the shark can also eat, but they have knives. So they will defend themselves, and sometimes quite successfully, so that in the first place it is better to attack the prey, which is guaranteed to get overcome.

The game has excellent three-dimensional graphics, which is performed more than well, the seabed turned out to be extremely beautiful, while the shark itself looks really menacing and frightening. Also here is extremely convenient management, thanks to which you can easily perform any task set before you in the game. As you dive into the deep, or float closer to the surface, you will encounter a variety of animal species. Although initially you will not be able to dive particularly deep, it is harmful for young sharks, only really large predators can safely dive to the depth. Some disadvantages of the game include the presence of advertising, which will prevent you from enjoying the passage, in addition, some features in the game can be obtained exclusively for real money. 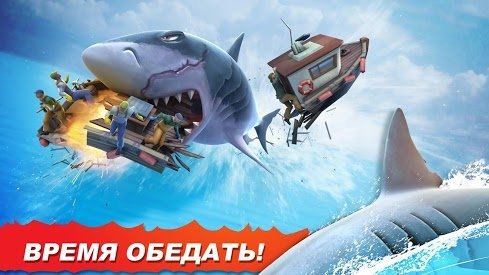 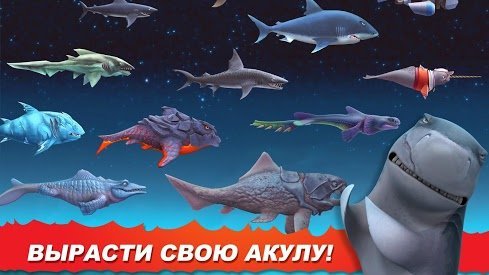 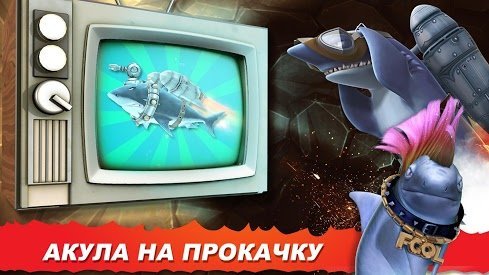 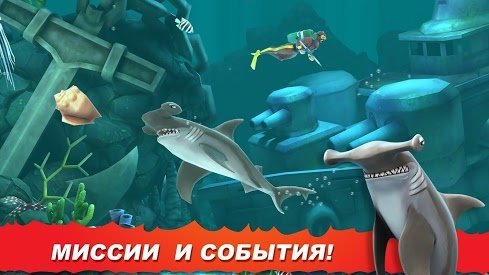 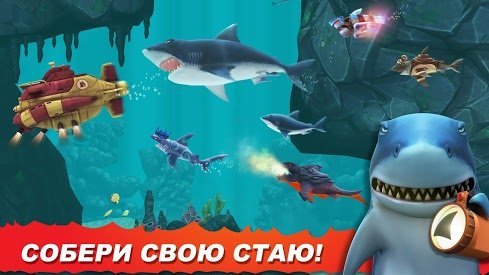