+1828
World Soccer League - a simulator that is worth evaluating first of all for its colorful graphics. As well as thanks to the huge number of game features that will act here without a doubt the most real decoration.

Like most football simulators, the game does not have a really clear plot, you can learn some facts about your team, learn about changes in the rating, participate in various leagues. That's just all this is difficult to consider a full-fledged story, however, you just need to add that it is, in fact, especially not needed.

The game can please with a variety of modes, here you will get the opportunity to participate in training, which you need to admit can be very useful, will allow you to better prepare for the real game. It is also possible to participate in numerous leagues, which give the game a really large share of diversity. The game has a serious selection of teams, each of which has real analogues, the same applies to the players, you can watch several thousand players, all of them not only have analogues in the real world, but also turned out to be quite similar to their counterparts, agree World Soccer League for the sake of this is worth it. All really famous and well-known players will definitely be observed here. It is also worth noting an interesting function, thanks to which you can record the most interesting moments in the form of videos, or take photos, as well as if there is such a desire, you can easily and easily share all this with others, for example, in social networks, to brag about your result in front of friends.

The first thing to pay attention to the detailed study of all the world, happy and the stadium, and many players and all sorts of small details, for example, even the spectators in the stands worked out quite well, so to see them will be very nice. There is also a huge selection of clubs, among which you can definitely choose something to your taste and play on for the selected club. Also, the game is multilingual among a large selection of languages, you will find Russian, the localization turned out to be very high quality, so you will not meet any mistakes related to voice acting. The game is not demanding on your device, and will go on most modern smartphones. However, due to the high quality of the graphics, it can run with problems on many devices. So before you get ready to install it, make sure that it will definitely go. 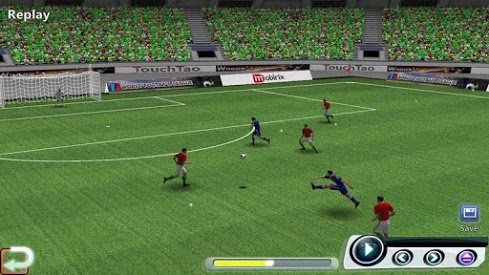 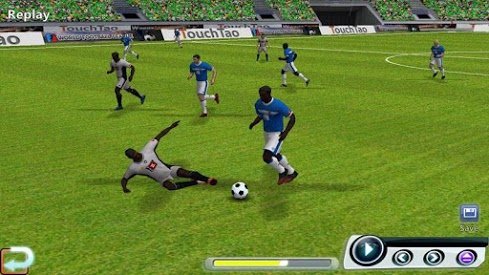 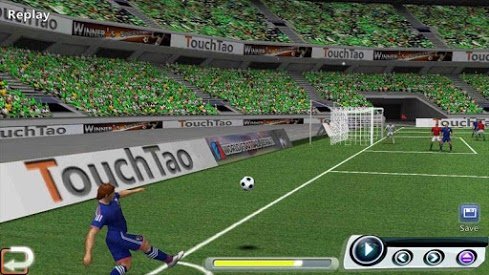 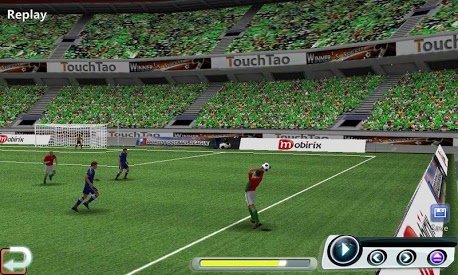