+221269
Ninja Turtles: Legends - it will probably be difficult to find people who have not heard of such creatures. They became popular after the release of the cartoon of the same name, and the films only spurred interest. Recently released films devoted to the adventures of these characters, returned the turtles to the top of popularity.

As always, the villain Krang wants to take over the earth, the human army is powerless against him, and only our mutants have a chance of winning. The trouble is that the villain captures part of the turtles, only Leonardo remains at large and he has a goal to gather a team of friends, and then release the brothers.

In the game you will find a solid set of locations, each of which will have to participate in numerous battles, making their way to new levels, in order to achieve their goal and return the brothers freedom. As you progress, you will have to fight with new opponents, and you are waiting for simple fighters of the enemy, and ninjas that can cause a lot of problems. As well as new mutants, and now they really will be incredibly strong and dangerous opponents, to win over which you have to give your best one hundred percent. Agree all of the above is enough to Ninja Turtles: Legends. Battles with opponents will take place in the form of 5 to 5 using characters from your team, you must destroy any enemy, the only way you can win. There will be several dozen positive characters at your service. They can be used to defeat enemies. In addition, any character available in the game, as you progress through can be repeatedly improved, and more effectively win.

Features of the Ninja Turtles: Legends

The game can please really colorful graphics, all the characters both positive and negative were drawn very well and do not cause rejection. The combat system really looks something original. Please and all sorts of sound effects that sound always cheerful and in the game, so that they can be safely attributed exclusively to the game's advantages. Some of the disadvantages of the game include the fact that it collects user data, so for people who are afraid of surveillance, something like this can be a significant disadvantage. Also, the game turned out to be conditionally free, there are a lot of opportunities that you need money to get, and playing without investments, unfortunately, can be somewhat difficult. We can not say that you can't complete the game without donating, but you will face many obstacles that can delay you for a long time. 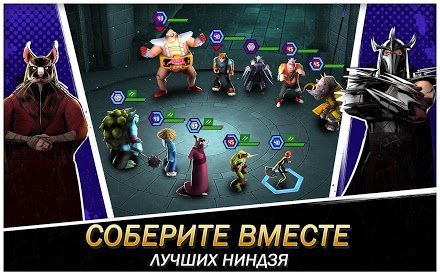 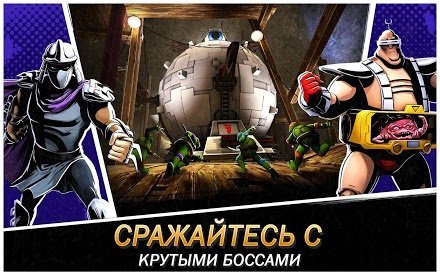 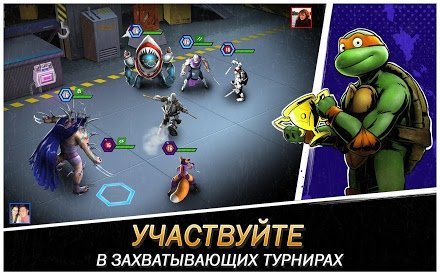 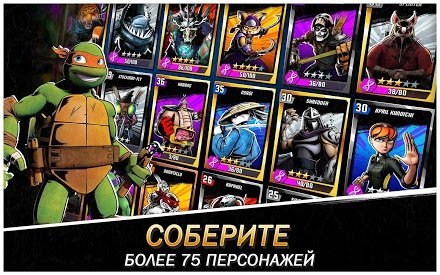 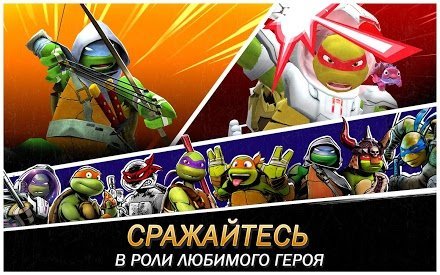