+2131
Modern Combat 5: eSports FPS - nowadays shooters are very popular, so it's not surprising that more and more similar games are being created. One of which is here in front of you, the game turned out to be interesting and filled with numerous battles. In General, exactly what should appeal to fans of real shooters.

In the game you will find a dark and destroyed by terrible disasters world, your goal is to survive in this world and defeat all opponents. As you progress, you will receive a variety of missions, completing which you will get closer to the goal of saving the Earth.

You will have to lead a small group, and participate in numerous battles. It should also be mentioned that at the start you will get the opportunity to choose a class that will depend on your capabilities in the game. For example, you can choose a sniper in order to destroy the enemy by shooting him from a distance. In the game you will have access to a huge set of weapons, while there are not only hand weapons, there are also tanks and helicopters that you will have to use to destroy the enemy. You need to perform tasks in many places, which are usually very different, you can see the architecture of different countries, both European and Asian. Agree solely for the sake of the above Modern Combat 5: eSports FPS is quite possible. The game has two modes: a single mode, when you just participate in the company mode, completing missions and fighting against the computer, and a multiplayer mode, which is not so easy. You will have to face live players who are much more dangerous than artificial intelligence.

The game is able to please with detailed locations, numerous opponents and the world as a whole. The balance is well maintained, the opponents are quite dangerous it is difficult to defeat them, but at the same time any victory does not resemble a feat, so it is quite possible to move forward. The disadvantages of the game include the fact that you will need a stable and fast mobile Internet, because as you progress through the game will load, this, unfortunately, is somewhat annoying, and not everyone will be able to fully play, this is unfortunately the biggest drawback of the game. To get new weapons in the game, you will have to perform numerous missions, for which you will earn experience. You will already spend it on new weapons, here you need to add that it is difficult to save up for something really worthwhile, at first you have to settle for simpler weapons. 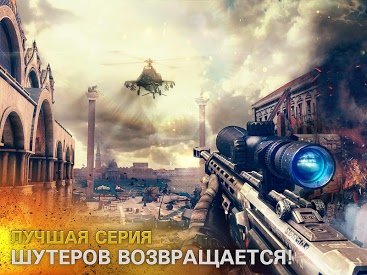 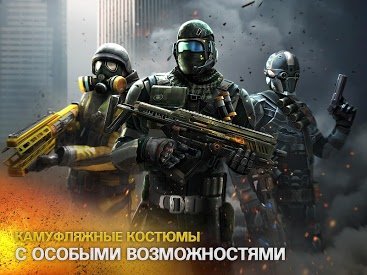 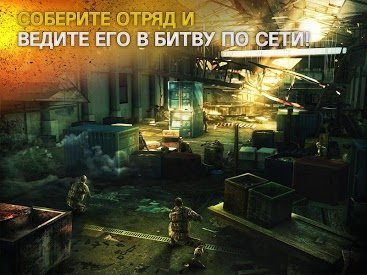 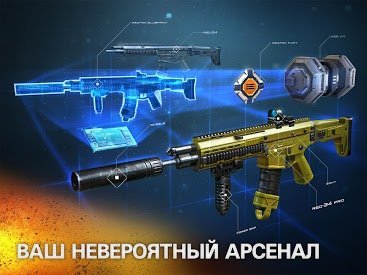 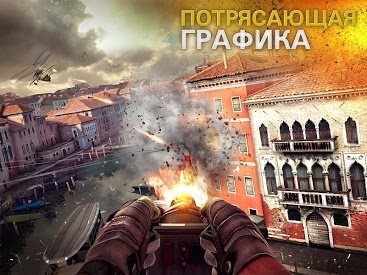