+291355
Teeny Titans - Teen Titans Go! – a game created on the basis of a popular cartoon dedicated to a team of young superheroes who are just starting their fight against evil, they have no special experience, but they are clearly set up to defeat enemies.

You will see the story of the formation of superheroes, several lonely heroes once met together and defeated a common enemy, decide to create a team. Now they are fighting a variety of villains who want to harm their hometown.

In the game you will get the opportunity to fight in a turn-based strategy with a variety of villains, use the abilities of your heroes, in order to destroy the attacking enemies as quickly as possible. Each character has their own unique abilities, or weapons that you can combine to destroy the enemy. The game features more than seventy famous cartoon characters. As you progress through the game. You can add powerful superheroes to your team. As well as pumping existing ones making their attacks much more powerful. Also in the game you will find a large city that serves as a habitat for superheroes, your task is to fully explore it, defeat all the villains and participate in numerous tournaments in order to become a champion. Agree that the features are quite interesting and already exclusively for their sake Teeny Titans - Teen Titans Go!, not only possible, but also necessary.

The game has a strange character design, however, in this regard, it copies the cartoon, all the characters have normal bodies, but too big heads that look against the background of the bodies a little ridiculous. But in General, the picture is worked out, and it can be done calmly, attributed to the advantages, despite minor drawbacks. In contrast to the cartoon, which served as the basis for everything, there is much less humor, however, a certain number of funny jokes are observed. Just happy with the sound, in General, very cheerful and we must admit pleasant. The game has been well optimized, so it should go on most smartphones, you do not need the Internet to work, you only have to download the game once, after which you can already enjoy the passage. This is useful for people who do not have a stable Internet connection, or just like to play on the road. In addition, there is a Russian-language localization, which makes it easier to understand what is happening. The translation is performed at a high level, so you will not see any shortcomings. In addition to Russian, there are all the major world languages, so whatever language you are native to, you will definitely find something for yourself. 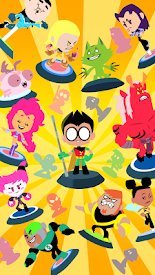 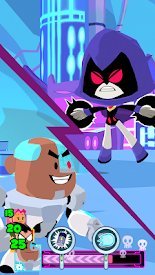 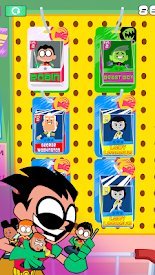 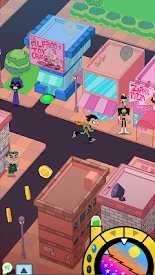 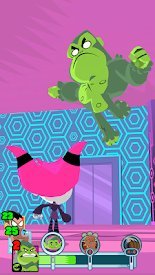