+22
In our time, there are a lot of really original role-playing games in which you will have to build relationships with a variety of characters. Including a fair share of these games are games made in the spirit of Japanese anime, here you have just such a game. Here you will have to interact with a music group that is very popular and has a lot of fans. Your task is to move it forward, achieving even greater popularity and attracting an increasing number of fans, there will be almost no limits to development. In addition, do not forget that this is a game tied to music, which means only one thing, you will have to listen to a huge number of really successful songs that raise your mood. The musical component is performed here to glory, so it's just not possible to find fault with something significant. In addition, it pleases not only the musical component, but also the graphic, the world is worked out extremely well and efficiently. All the characters are very colorful and cute, so it's a pleasure to watch them.

take a Look behind the scenes

In addition, it is important to note that each character has its own unique story, they all turned out to be unique and original, so they should not make you bored. You can not only watch what the characters are doing behind the scenes, but also arrange their personal lives. With any character you can interact very closely, managing them and learning the details of their life, Utano Princesama: Shining Live, you can already only for the sake of such bright features, the game in any case will not make you bored.

Since you have artists in front of you, a lot of attention was paid to their performance, you will have to work hard on the songs and appearance in General, so that your fans are satisfied with your performance, do your best and then the fans will be delighted. Passing the game depends on many factors, here a significant role is played by the development of your characters and the success of your group, which will also be an indicator of your fans. Unfortunately, the game also has drawbacks, for example, there is no translation as a class, so if you do not know English you will have a hard time, most of the gameplay remains very misunderstood. This, unfortunately, really cuts a solid share of the attractiveness of the gameplay. Also for the gameplay, you will need a fast mobile Internet, without it, you will also not be able to fully play, with all your great desire. 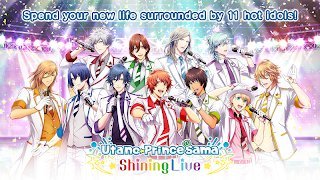 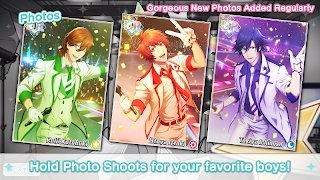 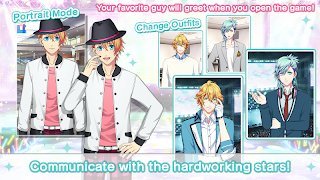 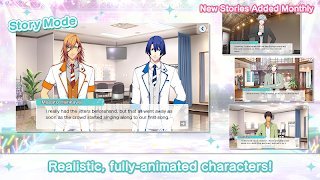