+96142
Many popular games, as time passes, get their own clones, and here you can see a copy of a fairly entertaining game in which you had to fight with an annoying neighbor. In terms of passing it completely resembles its prototype, you will have to do all sorts of nasty things in order to take revenge on a long-bored neighbor. But at the same time, the graphics turned out to be somewhat weaker, at least, you will not be able to see absolutely nothing here that could Eclipse the analog. But at the same time, do not rush to attribute this to the disadvantages of the game, thanks to the rather weak graphics, it turned out to be completely undemanding to your device, so you can fully play it for fun, even on old smartphones. Regarding the graphics, it is necessary to clarify that the creators here are determined to be inspired primarily by Minecraft, so you can see here quite familiar cubic graphics. Which, although not completely copies the above game, but for the most part one look is enough to understand who its creators were equal to.

Fighting with neighbors should be fun!

Initially, the game appeared in the form of a computer version, so people who want to play it on the phone, had to just wait. Now you have the opportunity to Hello Survival Neighbor 3D, the game has been well adapted for mobile devices, so it will have to go on most of them, without any really significant problems. The gameplay is both very simple and extremely fun, your main goal is to get into the house to your unloved neighbor and take revenge on him for all the good. Try to do everything possible to ensure that he did not notice you, however, even in this case, all is not lost. If a neighbor sees you in his house, just run and try to break away from him. However, if you really want him to fall into your traps, try to act discreetly, first lure the neighbor out of the house or somehow distract, and only then can you safely act. Opportunities to fight with a neighbor in the game will be very many, you can even shoot at him with a weapon.

Main features of the game

If the graphics of the game are not particularly successful, then the music is literally on top, it is very bright and always in the theme, so there are no really significant drawbacks, you will not hear here. The game also has the ability to play not only alone, but also with your friends, this also gives it a fair share of originality, so it's much more fun to play. 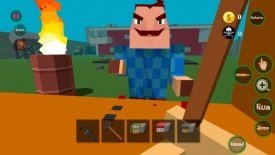 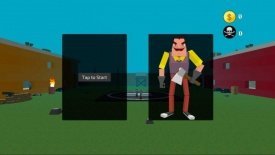 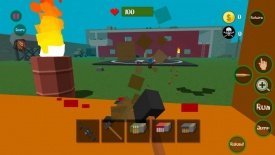 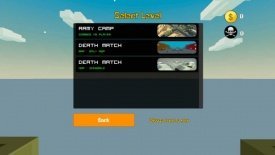