+18042202
Earn to Die – quite an interesting game in which the creators combined several things that seemed to be done not combined, namely zombies and races in one place.

according to the plot, there was a zombi, bloodthirsty creatures are walking around everywhere, which is committed, not averse to devour any person that gets in their way. Your hero is trying to survive, for which he got into the car and runs away from the hordes of pursuing him on the heels of zombies. The goal is one, as quickly as possible to get to a safe place, which will be here the ship, do not waste time in vain, because the ship will not wait. So you must not only survive the meeting with numerous opponents who will be waiting for you at every corner, but also get to the goal in the specified time.

In the game, you will get a car at the start, a fairly weak transport that is difficult to move forward, but at the same time useful for survival in the beginning. Your goal is to move forward, destroying zombies along the way, so you can earn virtual currency. And already spend it on buying a new vehicle, or improving an existing one. It is understood that any transport can be improved only up to a certain limit. But at the same time, any transport can be improved to a certain limit, so at the first opportunity, buy better cars, because they, in turn, can be equipped better. Just transport can be armed, on any car you can easily put all sorts of weapons to eliminate the attacking zombies at a distance. The latter is very important, because your transport can be damaged, so let the frontal RAM help destroy the zombies, but at the same time it will damage your transport, so that one day, after the RAM, you may suddenly just not start your car. As a result, you will remain surrounded by the enemy, without the opportunity to escape. Agree already for the sake of all the above Earn to Die, it is quite worth it. Initially, the game was created for computers, but having migrated to mobile devices, it not only retained all the advantages of the computer version, but also multiplied them many times.

the Game can please a really good two-dimensional world, the picture is not a masterpiece, but at the same time for mobile devices, it can be at a very high level, background music and sound effects are also quite good. The game has a Russian-language localization, but at the same time, for full operation, you will need mobile Internet, which can be immediately attributed to the significant disadvantages of the game, some players, such a disadvantage can scare away. 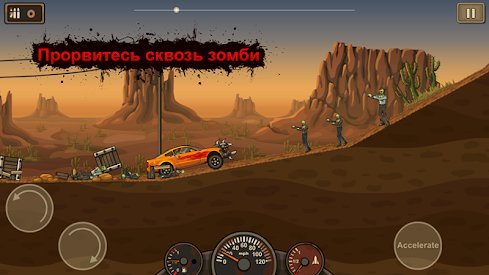 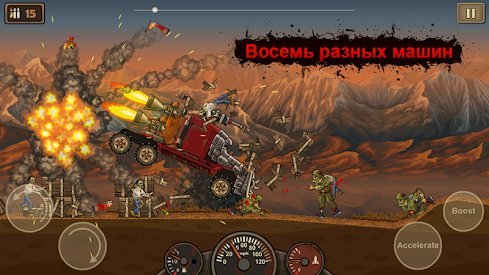 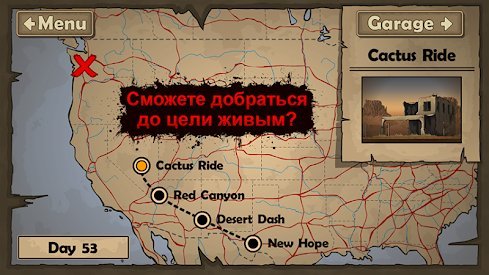 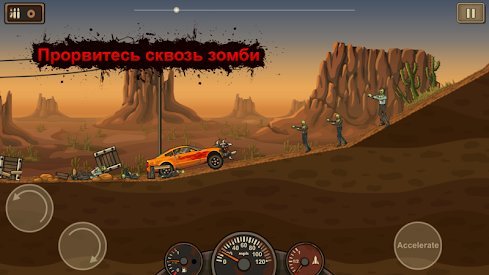 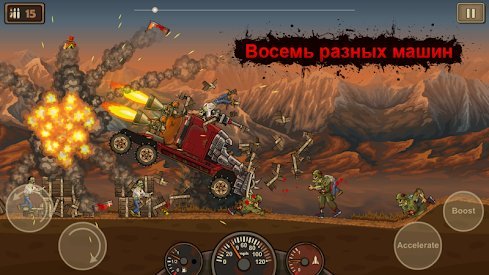