+2228
League of Stickman: Warriors – a great game in which you have to take part in battles between just drawn men. Despite the simple graphics, the game is far from simple, you will find a huge variety of different enemies that can cause you many problems.

You and your opponents will be just a huge set of a variety of skills that you can use during battle. They are all interesting, and forced to play the game, with new colors, you can easily make sure yourself. You can play not only alone, because there still exists a very interesting possibility, allowing to unite you with others, after that you will stand together against a common enemy, and defeat, therefore, will be much faster and more efficiently. The choice you will have several characters, all the characters are interesting, so choose it is especially important among those abilities are as close as possible for you.

Still the game boasts a very simple and intuitive controls, it is just perfectly optimized, so that to make life difficult in any case, you should not. All controls are perfectly designated places for them. Actual reengineering of the application is also not satisfactory, you sure will be able to run such a game, most of the devices without experiencing any problems in the process. League of Stickman: Warriors in this regard, surprisingly undemanding. The latter can be considered a huge plus for owners of older devices, if you have such a device, meaning you will still be able made easy to play.

In terms of design, it's more than okay, if the men themselves were depicted frankly just, even, to say schematically, here the surrounding locations, conversely, was a very beautiful and pleasant to look at them is always nice. Moreover, a variety of interesting locations, really very much, however, time to consider the surrounding landscape, you will not, because your attack almost non-stop, so all the time have to spend to repel their attack. 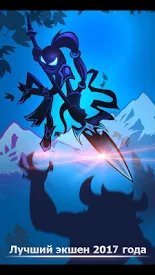 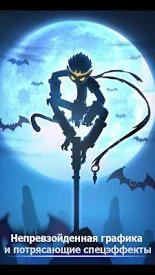 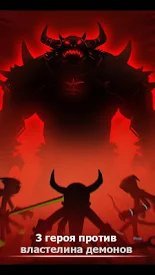 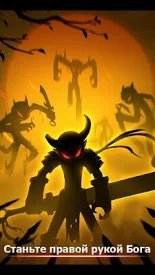 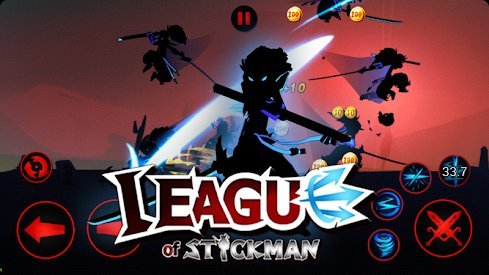