+572660
Undertale – a great adventure game in which you will find a huge number of really entertaining moments. First of all, it is worth noting that during the passage, you will play as a little girl who wanders through a dungeon filled with a variety of monsters.

Yes, you can fight with monsters, such a game does not take away, but at the same time, the battle with the monster, it is not necessary, there is an opportunity, just to negotiate with your opponent, in which case you can help the monster, or just disperse. The graphic component of the game is frankly simple, but the world is worked out, despite the obvious simplicity, frankly well, so you should not be disappointed, it is always nice to look around, considering the masterpieces created by the developers. The story component in the game, despite some apparent simplicity, is actually frankly complex and very twisted, the story has a deeply philosophical meaning, and the ending, as you can quickly see, will be able to, not only surprise, but even shock, well, and understand in any case, very pleased.

In addition, Undertale can boast of having just an infinite set of a wide variety of puzzles, sometimes frankly complex, and can even hold an adult in one place for a long time, so if you like puzzles, perhaps this game will suit you perfectly. Understand the complexity of puzzles, will grow regularly, as in many similar games, the first puzzle problems do not cause. You can easily cope with them in any case, but the further you go, the more you have to think with your head. Some tasks can delay you for a very long time. 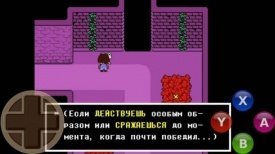 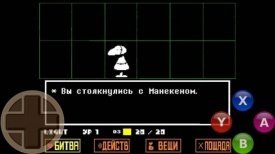 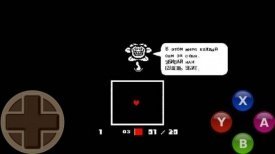 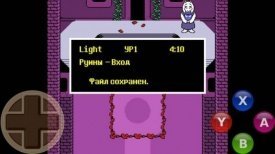