+11
War Dogs - an excellent arcade aviation simulator that allows users to participate in breathtaking aerial battles of the World War II period. The gambler is given the opportunity to test several dozen models of military aircraft in action, where he will be able to carry out all kinds of missions. Hurricane battles with enemy fighters, dropping bombs on key enemy targets, torpedoing enemy ships, as well as numerous takeoffs and landings from warships - all of the above you will find in this fascinating and addictive mobile application. In addition, the gamer will be able to fight in one cohesive team with his comrades in multiplayer mode. 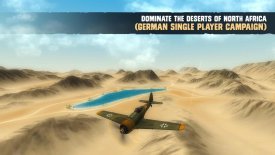 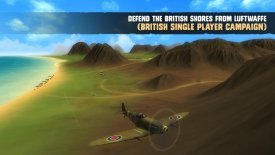 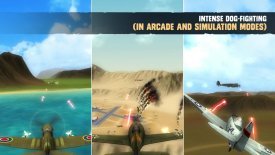 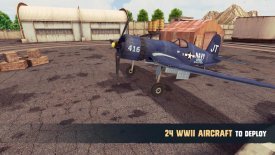