+1119
We offer users to play a role-playing toy that contains elements of crafting, which is considered one of the most popular games for the Android OS. Before the eyes of users will open a huge colorful world populated by hostile aliens and filled with unique objects that can help them create an economy. The gameplay Crashlands is a survival simulation, designed for the endurance of gamers, because in this mysterious enchanting world you need to destroy your opponents. The incredible adventures of a space trucker on an unknown planet will begin with the breakdown of a powerful interplanetary ship that failed at the most unexpected moment. When the space traveler woke up, he immediately looked around, and saw around him only the mysterious surface of the new earth, where it is difficult to find vital resources. In addition to difficult conditions, the mysterious planet is inhabited by various species of previously unknown creatures that are ready to tear apart everything that is a significant danger to them for their own survival. The main goal of users is to survive in a fantastic game world. The toy allows you to purchase valuable resources using special credit funds that act as a reward for the successful completion of story missions. The protagonist will have to study construction in order to build a reliable home that can protect him from attacks by malicious aliens. During the passage of levels, players often have to face evil monstrous creatures, so they need to improve their combat skills, act carefully and be extremely careful. The game app includes the main mission, through which players will be able to learn the mysterious secrets of a conspiracy aimed at overthrowing world power. In addition, gamers will need to search for important cargo that was lost during a failed unloading. For further survival, you just need to extract resources in order to slightly extend the hours of your existence. A key feature of Crashlands is the creation of a variety of items needed to expand its base. And to make the game more realistic, you can try to tame some types of aliens to significantly increase the defensive capabilities of your secluded camp. 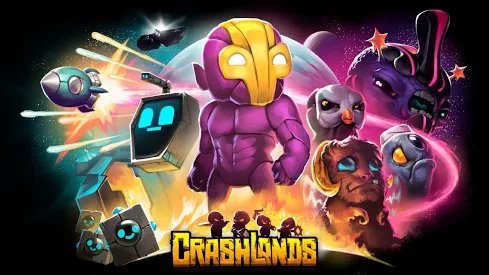 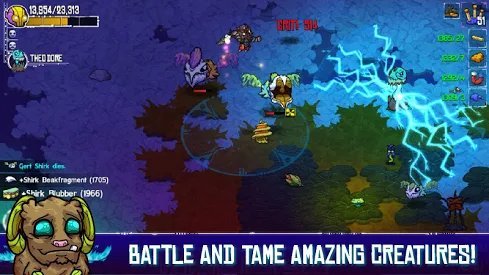 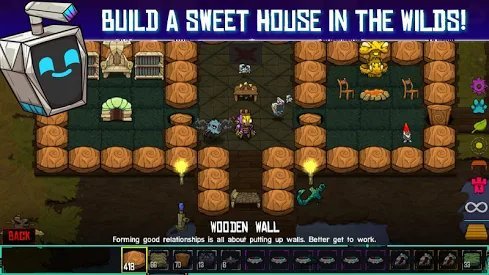 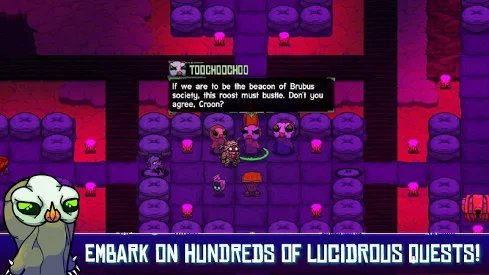 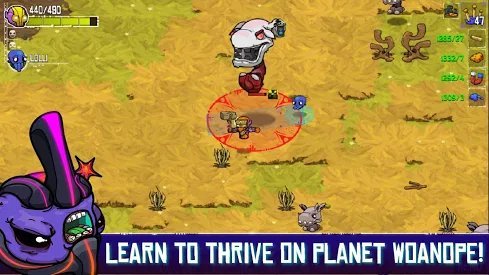