+1822
Mutant Fighting Cup 2 - an interesting game filled with an infinite number of battles, with a variety of opponents. The main feature of the game is that here you have a mixture of fighting games and strategy. You will not only have to regularly improve your fighters, but also participate in a variety of battles.

Actually, the gameplay itself is very simple, you will need to prepare for the battle of the monster, and then release it into the arena. As you can easily guess, another monster will act as your opponent. At the start, you will have a fairly weak fighter, but it will not be for long, as you progress, you will be able to develop, and get more and more powerful monster. It is understood that the training process was given a lot of time, and for good reason, because the training will play a frankly important role, the more time you spend on training your fighter, the better the result will be. If you push an unprepared pet into the arena, do not even doubt it, it will lose very quickly, at the same time, a well-prepared creature is not afraid of any opponents. The graphics are excellent, however, made in the same spirit as the first part, so you can say that it is a direct legacy, the same applies to the sound component as a whole, the music is just perfectly worked out, sound and aggressive, exactly what you need for a game in which monsters fight.

What else is worth adding is that Mutant Fighting Cup 2, turned out to be quite easy and undemanding. You will almost certainly be able to run the game on almost any device, even on older smartphones, it more than fully works. In addition, there is a really good management, which as you should also understand, is quite good, you can easily control everything that happens on the screen of your smartphone, using a really functional set of touch buttons. Battles in the game take place step by step, that is, first you strike the enemy, then it is you, and so on until the final winner is established. After winning, you will get an additional gene that will make your creature even stronger, so that each battle won, instantly strengthens your ward, as a result, the creature is able to fight with him on equal terms, soon will not remain. So try to win as often as possible. 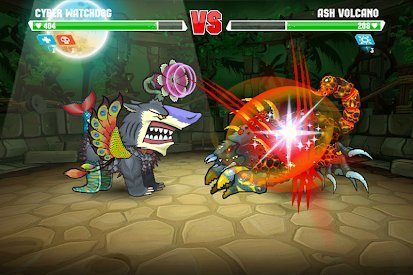 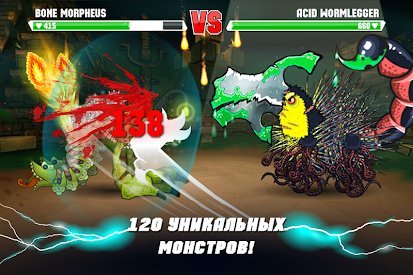 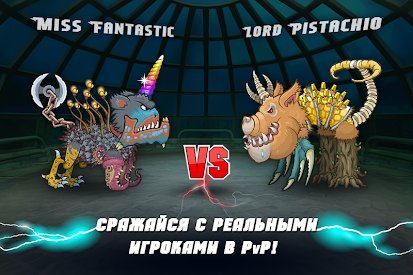 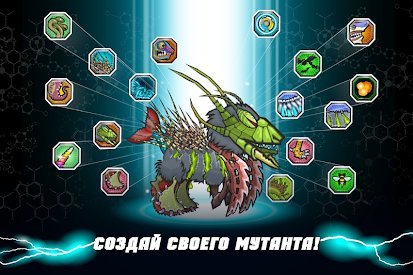 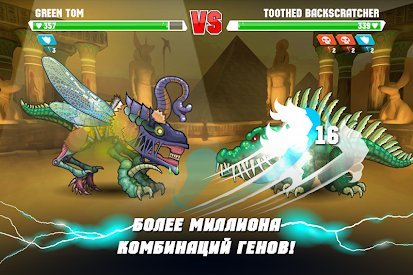