+33
An exciting military toy in a cartoon style. Gather the best army of fearless fighters and military equipment and go to the battlefield to show your enemies your unlimited power. Destroy your opponents using the most powerful weapons. Protect and develop your own base, and try to get to the enemy base and completely destroy it. Develop an effective strategy and show your own tactical abilities in realistic battles. Drive tracked armored vehicles equipped with powerful guns, heavily armed soldiers and artillery on the battlefield. Break the resistance of the warring party and make your way to its main base to destroy it. Throw bombs at the enemy and use other types of weapons of mass destruction in dangerous critical situations. Create new units and buy different military equipment. Improve and increase the skill level of your troops to win over the strongest opponents. Play this amazing addictive toy will want not only teenagers, but also adults. The developers did their best to create an incredibly exciting app with an unimaginable number of interesting missions. Increase your own army, achieve maximum results and let the players know that you are invincible and capable of much. In recent days, a large number of gamers are immersed in the virtual world, trying to prove that Android games are not so boring. As it became known, most of all users like modern real-time strategies. Become the head of a large army and start performing complex tasks.

A Wonderful game of modernity

the Enemy does not sleep, with each passing hour, his army gradually gains huge power, becoming much stronger, but if you make a lot of effort, you can defeat the enemy column. Improve your own army, eliminate the enemy in a couple of minutes and become the defense of your base. Surprise your opponent with the latest techniques and mass attacks, proving to them that your strategy is many times better and then you will be able to win over your opponent.

Customize the game for yourself and admire the original project. The strategy game is performed in real time. Users will be given an incredible number of opportunities. You are allowed to Battle Boom, take control of any infantry and choose for them the most powerful weapon that can instantly eliminate the enemy. 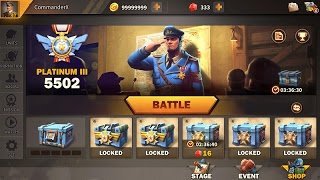 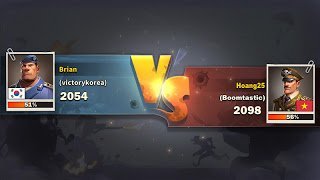 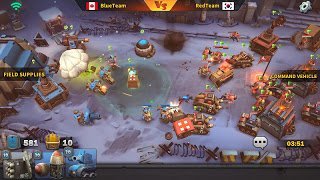 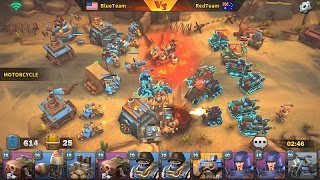 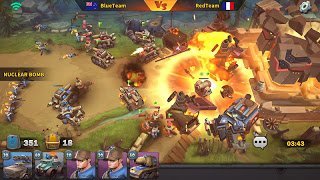