+98114
With this exciting simulator, players will be able to participate in dizzying battles. All fans of Stickman heroes will necessarily get a lot of incredible pleasure from this entertaining gameplay, where it is possible to fight indefinitely against other teams. Users will definitely like the magnificent three-dimensional graphic effects and amazing atmosphere. Put together a team of the best Stickmen and be ready for spectacular battles against dangerous terrorist groups in this darkened criminal world. Gamers will have to take command of their fighters and engage in combat with other heavily armed villains. A completely new gameplay will be able to give gamers a lot of pleasure and absolutely new experiences. Users will be able to Battle Simulator: Counter Stickman, and daily admire this unique app, as well as take part in crazy battles and noisy shootouts. Stock up on a large Arsenal of weapons, arm your first-class fighters and go forward on the battlefield. Pistols, automatic weapons, grenade launchers, and other weapons will appear in battles. For each destruction of the enemy you will earn points that will help you get to the top of the lead.

After installing this application, you will get such unusual gameplay features:

Each new stage contains a completely unique location. Everywhere gamers will expect the latest objects, opportunities to hide from enemies and participate in risky shootouts. Play as black Stickmen and shoot red Stickmen in a sieve. You have to learn how to shoot from behind cover, eliminate all obstacles and accurately hit the target, powerful shots. Use grenade launchers and lemons that tear apart your opponents. In addition, users will be able to participate in battles with three teams at the same time. In all possible ways, try to win over the enemy side, and all this will help a special system of upgrades. 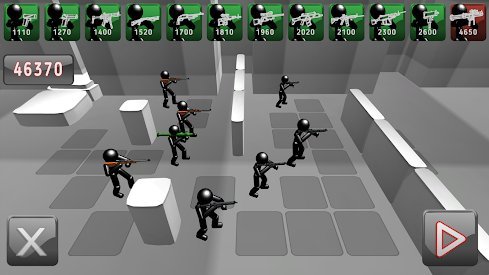 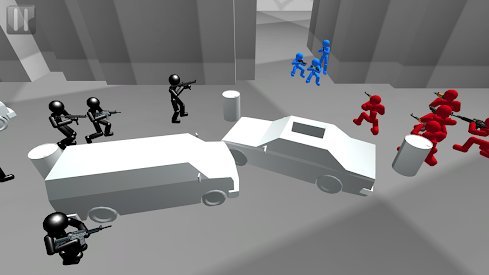 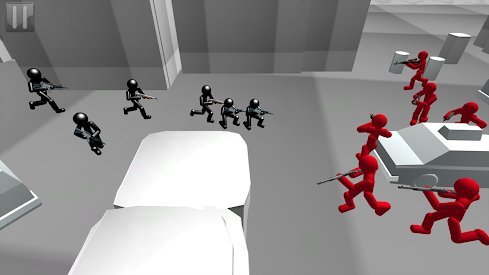 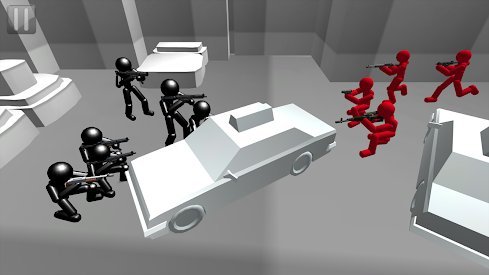 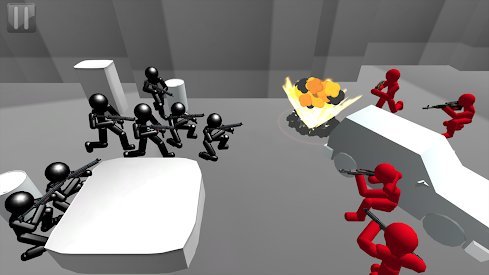