+48
Your attention is drawn to an exciting, rather spectacular multiplayer first-person shooter with unsurpassably beautiful high-quality graphics, in which all events develop in the fantastic universe of Shadowgun. Gamers will take on the role of a fearless bounty hunter, they will increase the levels of their hero, buy armor and upgrade his weapons. The toy includes a unique system of guilds, team battles with other gamers, and more. Join the battle with malicious alien invaders, do not forget to use powerful weapons, strong armor and equipment. Defeat giant Bosses and their followers. This application will offer users to create their own special hero, changing its external data and choosing the necessary equipment. Complete interesting missions, try all possible ways to repel the extraterrestrial threat and save the wonderful world and its inhabitants from the invasion of evil aliens. Buy high-tech armor and advanced guns that match your game style. Go through the most difficult levels together with friends to destroy powerful Leaders or just have fun. Throw down the gauntlet to Internet users from all over the world, and don't let them get lost in realistic dynamic battles. Take advantage of innovative technologies for further development, all this can help you become the leader of the gameplay. Players will have to Shadowgun Legends, gather strength and finally crush this large universe, and destroy all its power.

Large-scale battles in the company

After installing the game, users will open such unusual features:

collect as many powerful weapons as Possible and start participating in fierce skirmishes with gamers from all over the world. Use a huge Arsenal of various weapons, of which there are more than a hundred and fight in deadly battles. 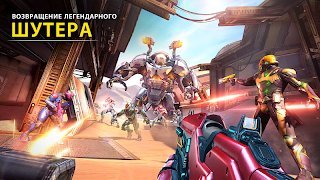 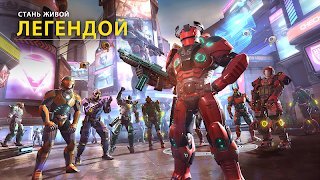 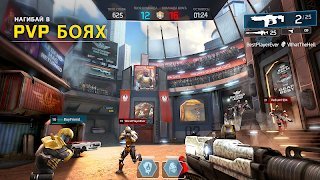 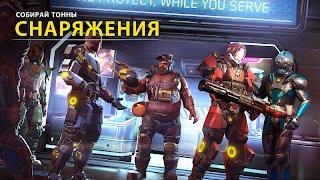