+5371
Immerse yourself in the enchanting world of trials, where you will pass the test of fear and courage. Exciting Android action game with beautiful high-quality realistic graphics, which has collected a lot of incredible features that have ever been found in other applications. At a time, more than a hundred gamers who are full members of the multiplayer can compete on one game map. Take a call from other Internet users and tear them apart. Gamers will need to survive in any way in such a dark, dangerous, fiery atmosphere. Experience a long chain of incredible gameplay features on your own skin and shoot all opponents in a sieve with absolutely any guns that you come across on this vast mysterious island. Users will be able to Hopeless Land: Fight for Survival, and admire the picturesque environment of this wonderful world, as well as ride in various cars, and even take to the air in helicopters and planes. Players will not know exactly where to move their crushing battle, which can take place not only on land, but at a great depth of the ocean and in the air. The uninhabited island is full of surprises and dangers, but it has an unprecedented natural beauty.

Try to show determination and courage of your own character and then a lot of unique features will open before your eyes:

ability to fly a helicopter

Climb into the cockpit of a combat rotorcraft and gradually climb into the airspace to participate in extremely intense and fierce battles. Fight until the last second, even if you think that there is virtually no chance of winning. Gamers will simply have to win this most dangerous battle and earn a lot of rewards, as well as discover new achievements. Victorious success is in your hands. 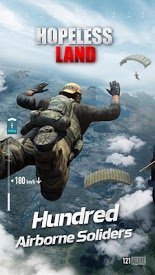 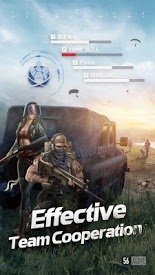 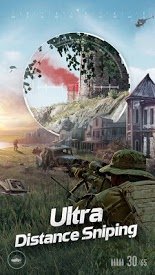 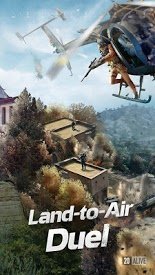 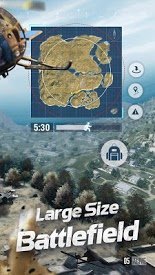