+1521
Arcade it and in Africa arcade. These games are designed primarily to relieve stress after a hard day's work or just kill your free time doing something. This can be casual, racing, puzzles, shooting games, and a bunch of varieties. So anyone will be able to find the game for themselves.

If you like shooting games, then you should definitely try the game, which was created by the popular arcade developer Ketchapp and is called Mr Gun. The meaning of this game is that you need to storm the stairs at each level. The difficulty is that an enemy will appear on each flight and you need to kill it the first time, otherwise you will lose, and you will have to start over.

There is no need to aim, and you just need to wait for the right moment. The fact is that your character will raise the weapon higher and higher and you need to tap on the screen at the moment when your barrel will be aimed at the enemy. Hit, climb to the next flight, lost, well, start the level again. At the end of each level, you will be waiting for a battle with the boss, which you need to hit several times in a row to win.

Mr Gun is a simple and very fun arcade game that must be installed on every Android device. 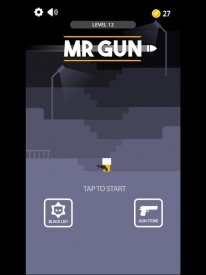 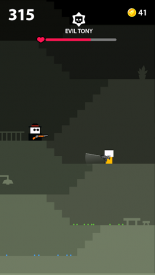 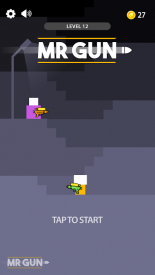 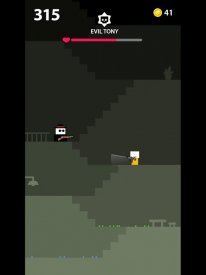 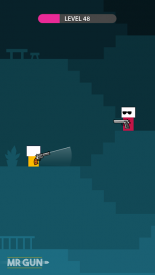