+22
Looking for a decent casual game that can kill your free time? In this case, you will be perfectly suited to the game, which was created by the good Job Games development team and is called Swing Star.

In this game, you have to guide the stickman from the starting point to the party zone. The difficulty is that you need to do this by clinging to certain points with a rope. Depending on the angle of capture and the length of the rope, the speed and distance of the jump will depend. Thus, you will need to move from point to point and so to the finish line, where you will be waiting for a great party with a lot of people and cool music.

In this game you will find an incredibly large number of levels of varying difficulty. At first, you will just have to clamp and release the taps in time, which will allow you to move between the start and finish. But over time, the game will become more and more difficult. On the tracks will appear walls and spikes that should be skirted and many other obstacles that will prevent you in every way to reach the finish line.

Simple operation;
A large number of levels;
Increasing complexity of the game.

Swing Star – this is a very interesting and exciting game that will simply destroy your free time and will drag in more than one hour. In addition, it does not need an Internet connection. 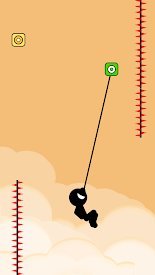 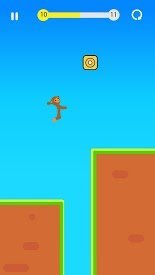 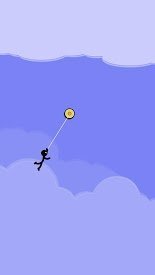 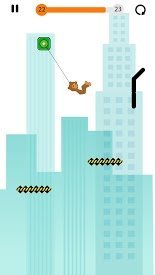