+5965
Absolutely unexpectedly for fans of racing arcade toys, the game company Soccer Football World Cup has created its new creation, where you will have to fight for the title of king of the road and get bonus points. This well-known Studio previously released only game applications dedicated to the sports team game called "Football", but now the programmers decided to present their users with an unusual racing arcade called Race The Traffic, which won the hearts of most gamers in a very short time.

The toy has great graphics, interesting gameplay and a great opportunity to improve all kinds of transport. The storyline develops outside the city limits, in a desolate remote area divided by a wide highway. Users traveling on a long straight highway are given an excellent opportunity to make any decisions themselves, choose their own road lane, set the maximum speed and collide with other cars.

Being in the most serious accidents, you can significantly reduce the strength of your car, but at the same time earn additional bonus points that will be useful for upgrading the car, and after its completion, you will have significant advantages in further competitions. Install Race The Traffic on portable Android devices and admire the crazy racing competitions, getting special points, striving for victorious success. The future victory will depend on your confidence, speed, agility and skills of driving a sports car in the most unusual extreme situations.

Players will be able to have fun from the heart, flying at lightning speed past trucks and other vehicles. The developers of this wonderful game application decided to go in a reliable way, based on the popular game process is extremely diversified it by adding diverse game modes, a good choice of day and night, a great many models of cars and various improvements, as well as great graphics and quality sound. The gameplay is executed at the proper level, live traffic with a huge variety of cars, different types of control system and intelligent artificial intelligence. 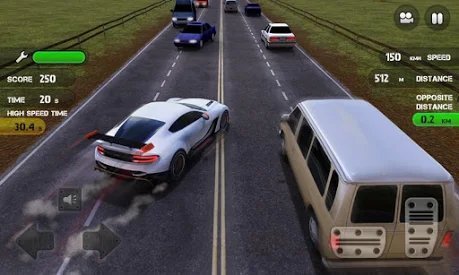 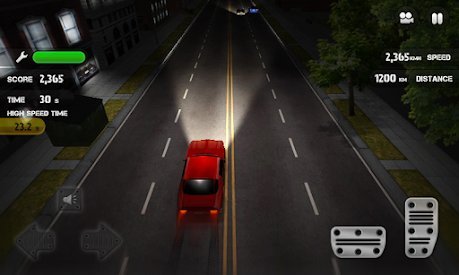 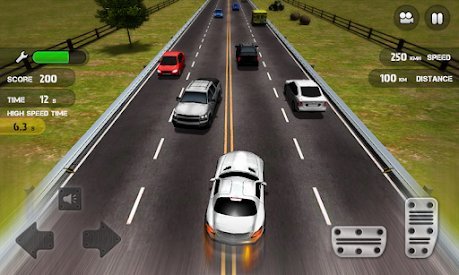 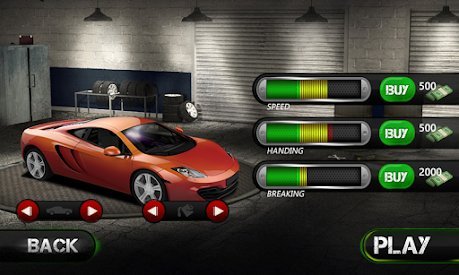 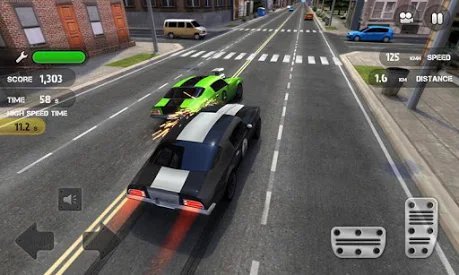