+11
Star Wars Rebels - we present to your attention a cool fantastic game with a comfortable control system, which was developed for owners of mobile devices and created based on the cult serial picture. The key idea of the gameplay will be the entry of the protagonists into the ranks of the rebels. Acting as a hero of a distant galaxy, the user will be forced to attack the Empire. In this game application, action elements often slip through. You will have to try on the role of the commander of the rebel squad, who should organize a rebellion against the Empire. 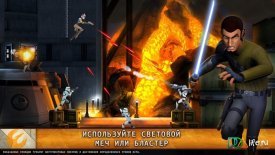 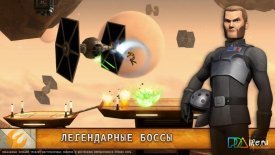 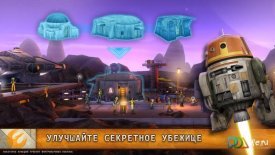 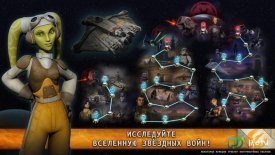