+2129
If you love extreme conditions, as well as three-dimensional graphics, then you definitely must to appreciate this superb gameplay. You will become a real driver that will run on your way a large number of interesting jobs. This project really is constantly surprising you, and also to give great emotions for a long time. Start to manage one of the most formidable cars, and go to the many complex and risky trails where you will be able to show everyone around your skill great driving. Phil Pali – is the main character of the game, which will need to go through its history, many complex situations which will occur with him in the virtual universe. He loves to ride in his car, which at the last moment decided to go to the highlands, but suddenly he notices that he has completely lost the brakes. For uniform motion, any person in such a situation it is difficult to keep the car, but you will be able to survive and in the process, to perform many different tasks during the game of passing. Unfortunately, in the end it didn't end very well, as expected. The main character fell out of the car and rolled down along with the car to the foothills.

Now you can drive in the most unexpected and extreme conditions. Soon you will feel the real adrenaline, which will continuously you have to capture the spirit when you fly at high speed on the slopes, which in the game there is a huge number. The creators used mostly realistic physics of car behavior and mechanics of the movements, so that you can get maximum emotions from the passage of this exciting project. You'll have time to do the most awesome maneuvers in between other cars and other obstacles. If you make a mistake – it will be very bad, and Phil could just be in the hospital.

in Any case can not fall into the precipice!

This is a great game that is completely combined with humorous moments. A gamer who wants Faily Brakes, will be happy to overcome any difficulties on its way and just ride on various mountain terrain in the hope to win. You must hold at the maximum developed speed as much as possible to not break and fall down. You'll be able to go around a huge number of different objects and obstacles, which will be located in front of you on the road. 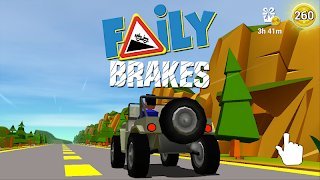 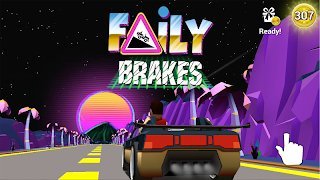 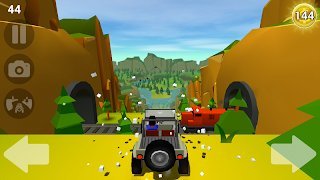 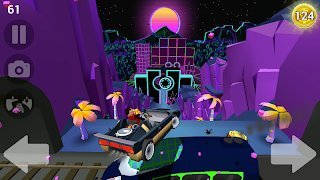 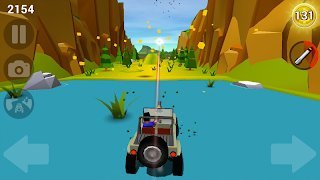