+681789
Talking Tom Camp – who hasn't heard of Him in our time? The game has been stable for several years, so it is not surprising that its creators continue to consistently release all sorts of sequels to it. One such game is now in front of you, according to its plot, the little animals have a little quarrel with each other. And now they determine which of them is the best, with the help of a battle that they staged in the water.

The battle will be very difficult, because each character is armed with a variety of weapons that shoot water, and is configured to use it against the enemy, literally full measure.

Every day there will be incredibly colorful and bright fights between various characters. Moreover, you will play against real players via the mobile Internet. Therefore, first of all, take care of the availability of this very Internet, because if it is bad on your device, then, unfortunately, you will not be able to play.

In the process of passing, you will have to overcome a variety of levels, simultaneously earning points. Carefully prepare for each battle, because real people can be much more dangerous than artificial intelligence, so you will never know what to expect from the enemy in the next moment. As a weapon, you will have the most standard water pistols, which are very impressive, shoot a jet of water.

In terms of pictures, everything turned out quite well, the characters are recognizable, and correspond to what we could see in the first parts. The world is also perfectly drawn, so it pleases with its many possibilities.

As you can see, Talking Tom Camp, it is necessary. Here you can participate in entertaining battles between the most incredible animals. Try to develop your own camp as quickly as possible, then repel the attacks of numerous enemies. Moreover, be prepared for the fact that during the battle, you may suddenly be attacked by another enemy, so that you do not need to relax. Also, as you progress, you will find a variety of things that will be useful to you in the future, useful bonuses, ignore certainly not worth it, getting all sorts of useful things, you will gain a significant advantage in the battle, over the next opponents. A trump card in your sleeve, in case of something unexpected, is always useful to keep. 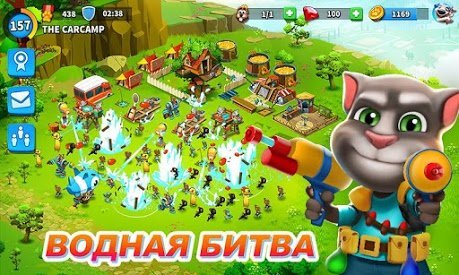 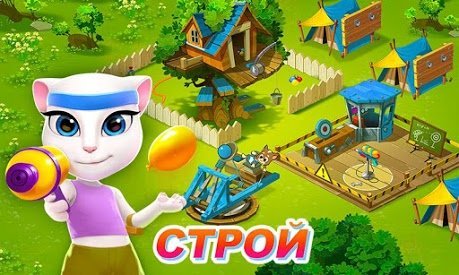 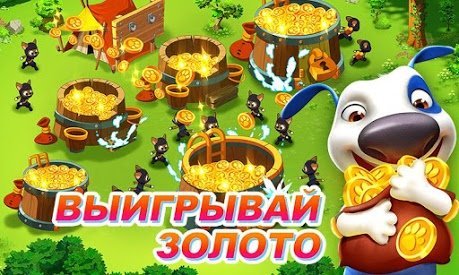 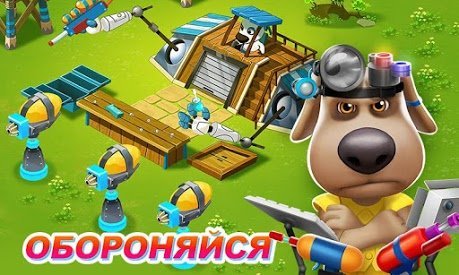 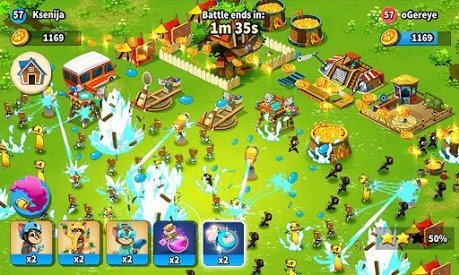