+6775
Your attention is given a great music game that was created by THE amanotes development team and was called Tiles Hop: Forever Dancing Ball.

In this game you have to test your reaction and care. Its essence is that you need to hit the ball on the marked platforms to the beat of the music that will play during the passage. The further you go, the more difficult the track will become. Controlling the ball is quite simple. You need to hold your finger on the screen and move it left or right depending on the desired direction of the next platform.

This game has a huge list of music tracks for every taste. Some of them are completely free, while others are opened for in-game currency earned in the game. Still others can be opened only for Donat. But there are very few such songs. After you open the song and pass it for three stars, the game will offer you to download it for free on your smartphone.

Tiles Hop: Forever Dancing Ball is a very fun and interesting game that will allow you to train your reaction and listen to great music. 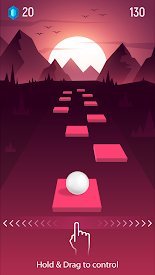 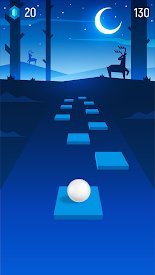 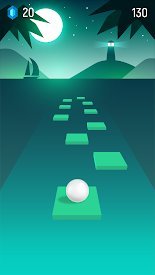 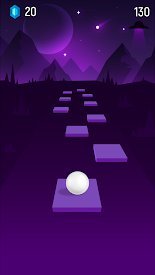 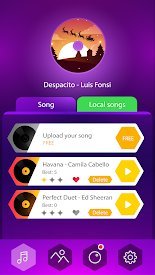 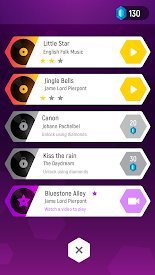