-11
If you are a fan of math puzzles, then you are definitely familiar with the game in which you need to add cubes with numbers and increase them exponentially. So the Metajoy development team decided to transform this arcade a bit and created a game called Shoot n Merge.

This game is a bit simpler than the original and the will of chance is not so critical here. The whole gameplay is that you also need to create merges of identical numbers by doubling them. Only here the playing field is divided into 5 columns and the next number is indicated at the bottom. You can also choose which of these columns to send this cube to. The merge will occur horizontally and vertically. If it turns out that three identical numbers are located next to each other, double doubling occurs.

In General, this is a very interesting puzzle game with essentially endless gameplay. But remember that until you make a move, the cubes will gradually fall down and when one of them reaches the bottom row, the game will end. So do not delay much thinking about the next move.

Shoot n Merge – this is a very fun and interesting mathematical puzzle, with a simple and understandable gameplay for everyone. 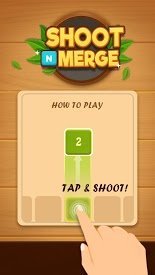 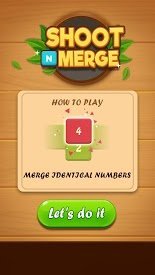 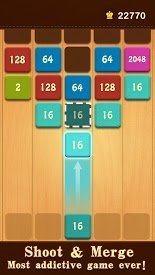 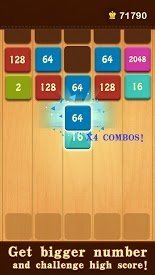 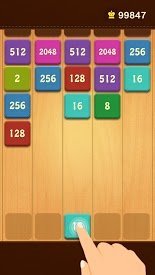 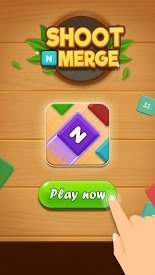