+7195
As knowledgeable people say, everything new is well-forgotten old and apparently the developer of 1C thought that one of his iconic games with generations was almost forgotten. So they decided to regain their former glory and relaunched the legendary shooter DOOM 3 on Android devices.

Previously, this game was the standard of fear and horror, and those who passed it were considered heroes. Now the modern generation is more likely not to be surprised by crawling zombies and monsters jumping out in the dark corridor. Therefore, it will not create such an effect. But be that as it may, this is a legendary shooter and it is now officially available on Android devices.

Here you find yourself one of the researchers who discovered buildings on Mars of unknown origin. You and the rest of the scientists start studying them and build a modern base around them. At one point, something went wrong and people began to turn into zombies and in addition, various monsters began to appear and all have the same task to destroy you. Can you survive on this crazy station?

DOOM 3 is simply a masterpiece game of its time, and even most cutting-edge shooters are not able to match it in gameplay and surprise factor. 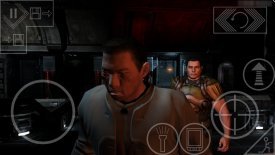 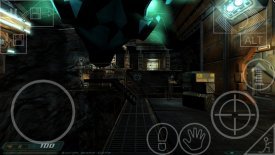 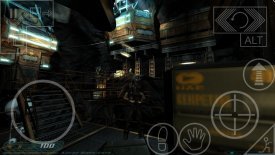