00
Toon Shooters 2 - the sequel to an incredibly dynamic shooting game in which the gamer will have to take control of a fighter, controlling it in a variety of locations. The user will have to fly over the surface of an unimaginable number of mysterious planets and visit the boundless cosmos, where he will immediately clash with a large abundance of foes. To save the galaxy, the gamer should exterminate all representatives of the powerful forces of evil. The player will have at his disposal a combat aircraft equipped with a large number of various weapons. Taking advantage of all available opportunities, it will be necessary to eliminate insidious enemies and avoid dangerous obstacles. 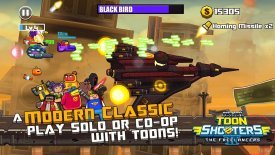 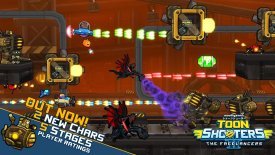 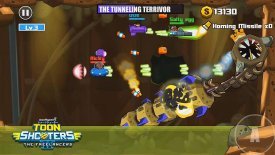