00
Civilization Army - a very addictive clicker with intuitive controls, having elements of strategy, made in a military setting, where the gamer will have to lead a large army and engage in a fierce battle with a merciless enemy army. The gamer will receive a military camp at his own disposal, where combat units will be created by merging in order to send them to the battlefield. In the process of development, users will be able to get a wide variety of units, from prehistoric to modern fighters. Victorious successes in uncompromising battles can ensure the conquest of territories, as well as the unlocking of a mass of new opportunities. 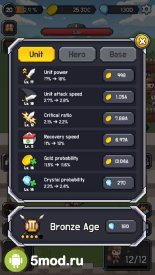 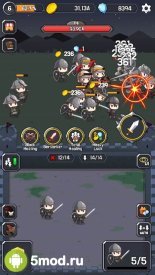 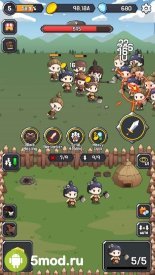