00
Dinosaur Rampage - a funny action game for android gadgets, which makes it possible to control a prehistoric giant who somehow mysteriously found himself in a crowded metropolis. The dinosaur will have to wander through the city streets and destroy all kinds of buildings, transport, and also eat people alive. Each of the destroyed buildings will bring bonus points to the game piggy bank, which can help defeat other real gamers in exciting matches. With the exception of causing significant damage to an angry monster, the user will collect coins and tempting bonuses that can make his prehistoric creature stronger and faster. 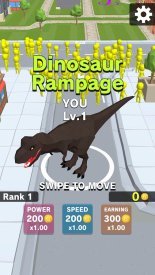 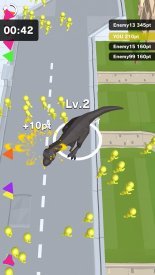 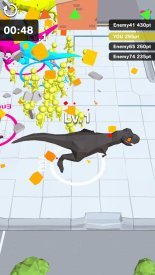 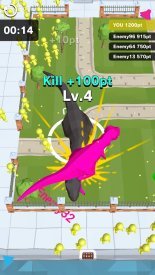