02
A fascinating fantasy strategy game where users will have to try to protect their own Kingdom with all possible forces, while the gameplay combines some elements of a tactical strategy called "Tower Defense", as well as a strategic toy in real time. Manage a large powerful Empire and repel devastating attacks of ruthless enemies. Engage in the construction of defensive structures and attack the enemy first to blind him, because no one likes surprises. Develop your own powerful Empire, mine a variety of valuable resources, and arrange trades with the Alliance by sending trade caravans. However, you need to be extremely careful and extremely careful, because the enemy is not asleep, he is only waiting for a good moment when you can attack to wipe out your large army and capture your cities. Build defensive towers and completely eliminate the enemy side that is already approaching your capital. You need to Caravan War, and collect an elite team consisting of the strongest hardy fighters, after which you can go on a RAID on the rear of the opponent. Join the battle with gamers from different parts of the world. The app has great beautiful graphic effects, multi-sided gameplay, an exciting enchanting storyline, and also supports the Russian-language interface and voice acting. The idea of the creators of this project is quite interesting and this amazing strategy is likely to be in the Top among other similar games.

Getting to know the unique game features

stand at the head of your greatest Empire and do everything possible to protect it from bad people. Try to build powerful watchtowers that can repel daring and destructive enemy attacks. It is unlikely that someone will want to throw you a glove. Create an invincible army, destroy other States and fight with gamers from all over the world, or make an Alliance with them and start a campaign with joint forces.

Introduction to the free app

I Would like to say that this toy is completely free, and does not have any paid options, so parents can not be afraid for their young children, who allegedly by chance or out of curiosity could spend their money on various in-game purchases. Only some game items are not free, they can be purchased for real money, but without their help, the passage of levels will not be problematic. 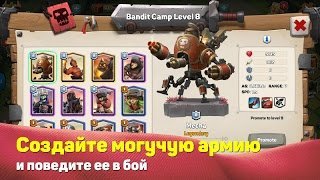 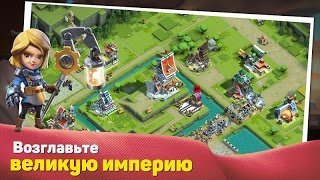 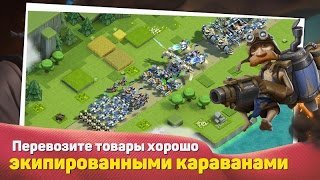 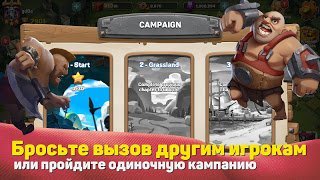