00
Rest in Pieces – this is an interesting game in the genre of arcade. In this game the user will need to take control of heroes who were trapped. They are captured by evil demons. The prisoners soul found himself in a terrible trap from which you need in whatever was to get out. The main task of the player is to shake the heroine so that to avoid various obstacles on the way. There will also be enemies, which should also be avoided. Are the runner has a realistic physical model. It should also be noted the gloomy atmosphere that perfectly complements the gameplay. In the game fifteen levels, during which you can help the soul to get out. 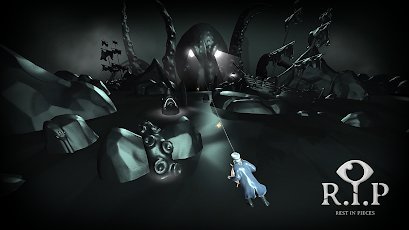