+232288
All users who love the colorful cartoon characters mammoth Manny, Sid and their friendly team, will necessarily like this new toy. The story of the game Ice Age Adventures will begin with the unexpected appearance of a funny saber-toothed rat-squirrel scrat. This time, during his hunt for acorns, he somehow managed to cause a strong earthquake. As a result, a huge number of animals were left homeless.

The main goal of users is to urgently help desperate animals build new homes for them, but it will not be easy to implement the plan at all. In the course of the game, gamers will be engaged in the construction of small houses and other architectural structures necessary for animals for a quiet and carefree life. The main difficulty is that the newly created place of residence was a giant iceberg, constantly moving across the boundless ocean.

The newly restored village immediately began to attract the attention of giant prehistoric lizards, bloodthirsty predators, treacherous sea robbers and other outsiders who often have to fight back. Gamers need to regularly replenish their stocks, otherwise they will not be able to proceed to the next task. To constantly get a good income, you will need to create a large number of houses: animals will begin to settle in them, get families, and users will receive acceptable rewards for successfully performed actions.

Keep a close eye on the mood of your friends. If the animals begin to fall into a deep depression, then you will have to try to surprise them with something or cheer them up, and their mood will immediately rise. A very fun and colorful toy Ice Age Adventures has a cute and intuitive interface, which is complemented by impressive 3D graphic effects that literally moves players back to the prehistoric Ice age. The presence of a variety of game genres makes this wonderful game app more interesting and addictive. 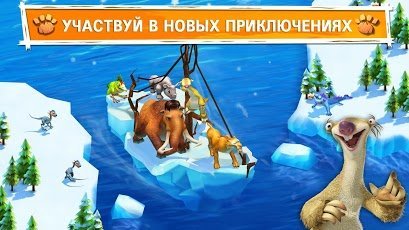 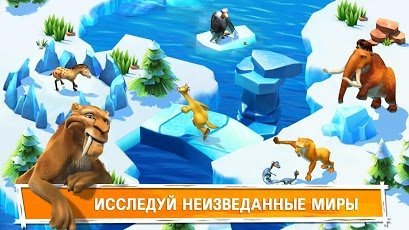 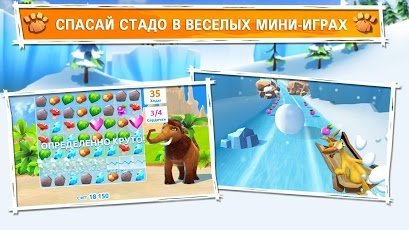 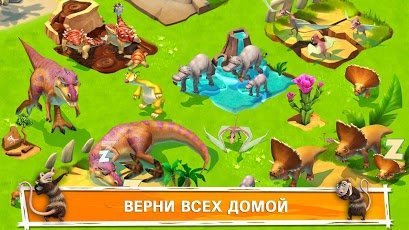 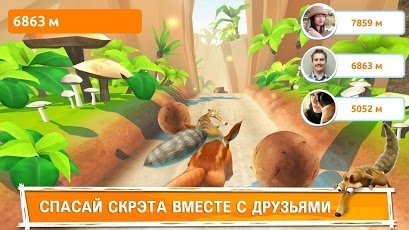