+180224
Shooters for playing online have become very popular in the modern Internet. Almost twenty years ago, they were played by only a few people, and often in computer clubs, which at that time were popular among gamers. During this time, our era has changed significantly. For example, the same club with personal computers almost ceased to exist. Network shooter appeared in a small group of enthusiasts, turning into a real sport that excited the hearts of hundreds of thousands of players. This is the most famous genre in the whole world! And it is not surprising that the mobile game market is heavily overloaded with projects that support multiplayer. We can immediately say that popular analogs of computer games, such as GTA 5, or DotA 2, we are unlikely to please, but in the future everything is quite possible. For example, the team of creators of mobile toys Nobodyshot. If you need a good online shooter, download this great game and it will be a good solution.

Quality game that deserves your attention

Enjoy the first-person network shooter. In fact, you don't even notice it at first. In these games, everyone is used to seeing a serious style with the rare exception of some projects. Here you can see the style of cubes, similar to that in Minecraft, but the textures are really high quality. Despite the cubist style, the game is very beautiful and attractive - it is well captivated by bright colors and interesting patterns. But do not rush, if you think that the game process will be very easy! The game's dynamics are, of course, inspired by the original version of Counter-Strike. If you want to play well, then you need to try to get used to the local maps and new weapons. The design of the map is very good and contains a huge number of methods of attack (or retreat, if the situation is really bad). Weapons are very diverse, no wonder - the game has more than 40 types of weapons! During the gameplay, you have a great opportunity to upgrade your own weapons, or clothes, or buy a new, more modern and fashionable.

Action and shooting is just the beginning

You can't miss one of the most entertaining online games on your smartphone that you need KUBOOM 3D: FPS Shooter! In addition, it is rare to find a beautiful project (with excellent three-dimensional graphics) that will run on weak smartphones. This is why Kubum is usually recommended to download for all fans of online shooters and mobile entertainment. 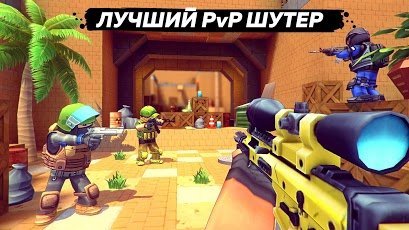 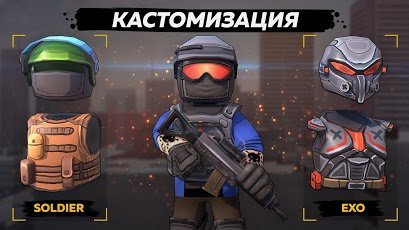 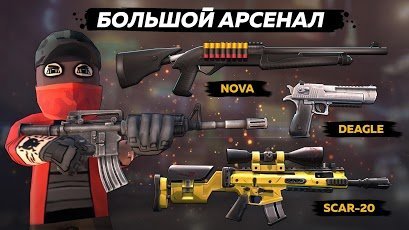 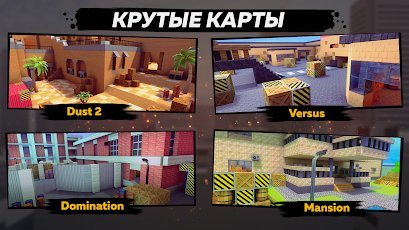 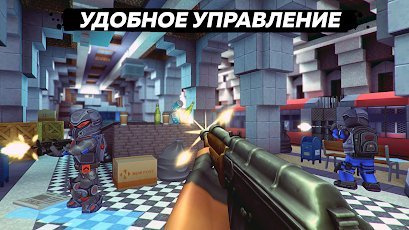