00
Code Asylum - an action game with RPG elements and simple controls that takes users into the enchanting world of the kingdom of Avanga. For many years friendship and love reigned in it, there were practically no quarrels between the townspeople. Peace and tranquility were maintained by the main code, residents who violated it were severely punished. But over time, a lot of conflicting rules began to appear in it, which is why there was a discord. The gambler will stop at choosing the protagonist and send him to fight the violators. During the overcoming of the levels, the heroic character will have to master a large number of new skills that can help with the elimination of enemies. 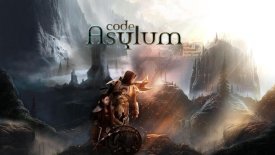