00
Super Jim Jump - pixel 3d is a fun to play product, implemented in the form of a platformer. There is a pixel design and traditional gameplay. The user will be able to help the character complete an important task. According to the story, the settlement was destroyed by aggressive monsters. In addition, they stole a jewel. We'll have to go after the scoundrels. The game contains 60 levels, which are divided into four unique worlds. The gamer needs to pass obstacles, as well as destroy opponents. At the end of the road, the hero will be waiting for the main battle with the leader of the monsters. 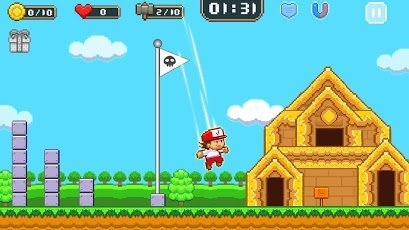 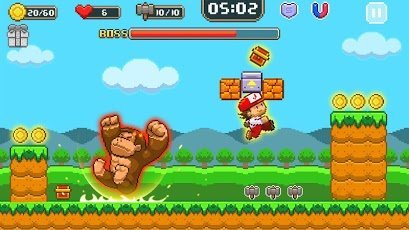 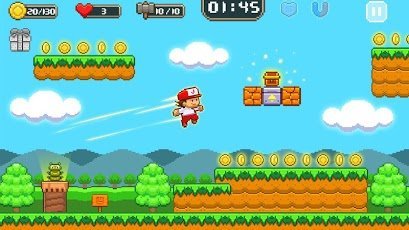 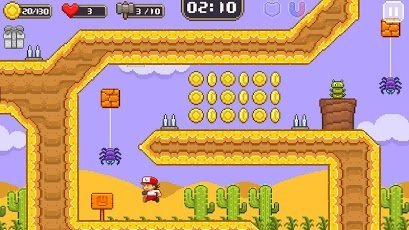 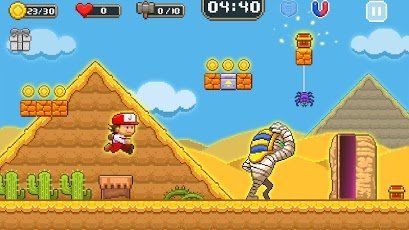