The Walking Dead: Our World

+1519
The walking dead series can now be in your city on your street. To do this, you just need to install on your Android device a game that was created by the Next Games development team called The Walking Dead: Our World.

In this game, you have to clean the streets of your own city from the zombies that filled them. As you have already understood, this game with augmented reality and mechanics is a bit like the popular Pokémon GO. In this game, you will also have to get out on the street and wander around the city in search of survivors and various zombies.

As you progress through the game, you will discover new helpers and weapons. All the main characters of this game will help you: Michon, Carol, Daryl, and even Rick Grimes himself will come under your command. You can also create shelters and collect all the survivors found there. This will bring you constantly coins that are required to improve weapons and assistants. You will also earn coins after each battle. Become one of the survivors and destroy the walking dead on the streets of your city.

The Walking Dead: Our World is a very cool augmented reality game that you can safely play while walking around your city. 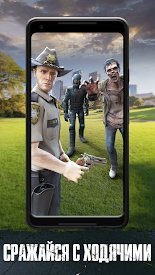 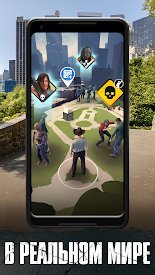 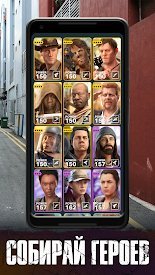 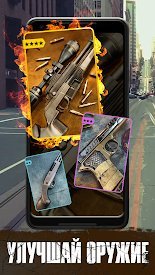 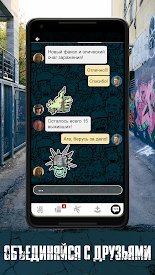