+402508
The new spider-man game, based on the film of the same name, inherited both some of Its advantages and disadvantages of the film. However, the game turned out to be quite interesting, so you should not ignore it.

You will have to feel what it's like to be Peter Parker, while acting as a superhero who fights numerous villains. And a guy who's trying to live a simple life. At this time, the city has a villain Lizard your key goal is to stop him, but before you can fight with the villain himself, you are waiting for numerous fights, with his henchmen who will not be understood for the Spider serious opponents, one by one. But they attack in large enough crowds, which will be much more difficult to defeat. It should also be noted that you will not get the whole story at the start, but only a fragment, and only gradually as you go through, performing a variety of tasks,you will get the whole picture.

In the game you will find a huge set of fights, already exclusively, for which it is worth The Amazing Spider-Man. For battles with enemies, you will have a web, you can shoot it, entangling the enemy, or attracting him to himself, you can also use the web to throw objects. As in the film, the Spider can run along walls and stream, which often helps in the battle to get away from a strong opponent who can not, just to relax away from the enemy.

The features include a really well-designed graphics, the world turned out to be really big and beautiful, it is really interesting to explore it, all the locations are detailed, many interesting buildings. You are waiting for bright fights, both among skyscrapers, and in closed rooms, where there will be much less space for maneuvers, so that the spider will be much more difficult to fight, fights are accompanied by bright effects. Everything would be fine, but, unfortunately, there is one serious problem, namely, the enemies are very stupid, artificial intelligence is very weak, so the enemies are extremely straightforward. You can walk over the heads of an armed gang, and they will not react to you in any way until the battle begins. And once you get out of sight of the enemy, they can instantly forget about you, and instantly switch to their business, until you attack them again. Such stupidity of the enemies, is evident, and with a long game, begins to irritate. Especially when opponents right during the battle, forget about you starting to do something of their own. 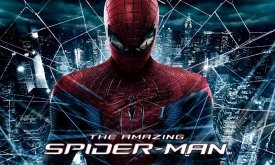 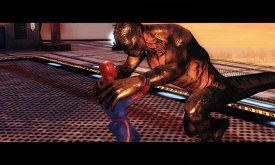 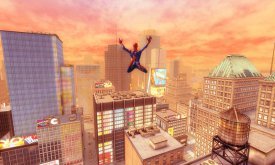 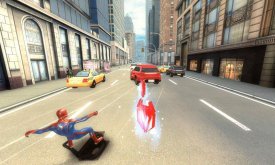 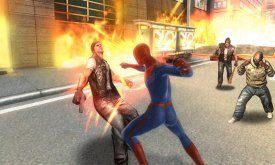