+15751881
The Amazing Spider-Man 2 - is another game based on the movie of the same name, and borrowed a lot of original moments from it. Here you will have to feel like Peter Parker. Moreover, you will play as a superhero, and for the usual guy that he acts in everyday life. However, the fight against villains takes much more time than anything else.

The story begins quite predictably, intertwining places with the film, the main character must simultaneously fight with the numerous villains who flooded the city, and solve problems of personal life. In the role of bosses, famous villains will act, for example, the Green Goblin or Electro at the same time there will be a lot of ordinary fighters, who also need to be defeated.

The hero is waiting for a huge number of fights here, you can shoot the web, run along the walls and ceiling, as well as fly between buildings using the web. The web can also be used to immobilize enemies or throw a variety of items using it solely for the sake of the web, The Amazing Spider-Man 2 is not necessary. Control of the game is very simple, so even on a mobile phone, you can manage what is happening without serious problems. But there is also one significant drawback, namely, the creators tried to simplify the game as much as possible, but went too far. As a result, you will have a fairly modest set of buttons, clicking on which you can influence the game, and the character in many cases decides what to do, hence two drawbacks emerge, the first is sometimes he does wrong, for example, clings to some surface when you need to fight. And the second regularly there is a feeling that the game itself is playing, and you are just spectators.

Features are excellent colorful graphics, the world turned out to be drawn just to the limit worthy and pleases with its appearance. Flying between buildings on the web will cause a continuous delight, and the enemies are drawn just incredibly well, especially the key villains. But behind this advantage lies another drawback, the enemies turned out to be extremely stupid, and it is very easy to get rid of them. Sometimes it's just enough to climb up to the ceiling, so that the enemies pressing on you instantly forgot about everything, and began to go about their business. So if you earn critical damage, you can climb somewhere far away from the enemy, and he will immediately forget about you, and then just wait a little while, when life is restored and again enter the battle. But at the same time, sometimes the stupidity of the enemy is very annoying, in our time, you expect something more from the enemy, but you do not wait. 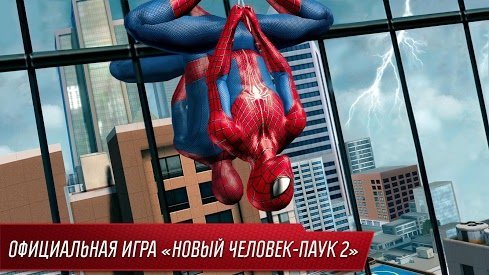 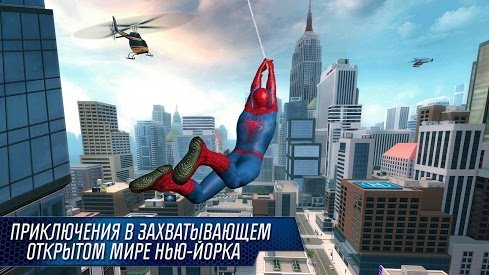 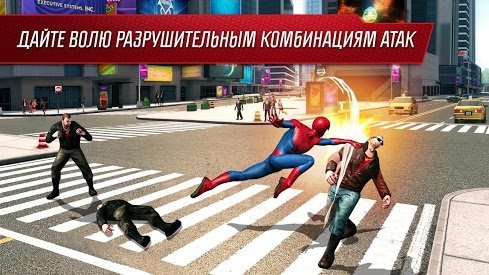 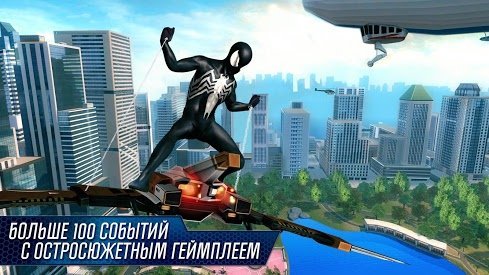 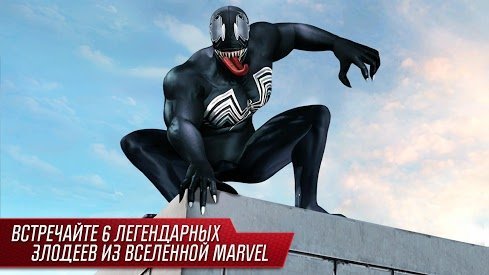 Spider in your phone